Today is 9/11, the anniversary of a horrific attack on our country. I was in New York on that day and this is my story.


My mom and I arrived in New York City for a mother / daughter trip early in the morning on September 10, 2001. I had just turned 21 and we spent the day exploring the city and trying to navigate the subway system. 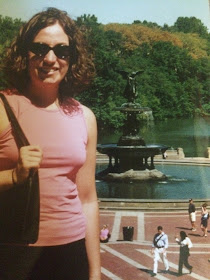 On the morning of September 11, we woke up, got ready and headed out to try and get tickets for a filming of The View.

9am: As we got on the subway to make our way to Manhattan, all of the subway routes were being rerouted, but we had no idea why. As we were riding, two women got on the train sobbing and upset. They said something about an accident, but we still had no idea what had happened.

9:30: We arrived at the Lincoln Center ticket counter for the TV show, they told us they would not taping today due to what happened at the World Trade Center. It was in that moment we knew something big was going on. My mom tried calling my dad on her cell and could not get through. All the lines were jammed.

We found a Barnes & Noble and my mom was able to call my dad using a pay phone, while I sat in the cafe and watched what was happening on TV. When I saw what happened, everyone thought it was accident. Until the second plane came. At that point, there was panic and fear.

My mom came to get me, we found a small store and bought a radio and some batteries. A near by ATM had a long line with people withdrawing as much money as they could. We made our way back to the hotel room and binge-watched all the news in disbelief.

The days following 9/11 were a blur. The city was quiet. They were not letting people in or out of the city. Delivery trucks could not get through and many restaurants were closed or had a limited menu due to supplies.

Over the next few days, we explored what was open (which wasn't much) but experienced SO much. We saw how people helped each other, served one another and banded together. As tourists, we saw the best of NYC and their people during that trip.

We made our way to Ground Zero and got as close as we could. In this picture you can see all the smoke in the background, even days later. 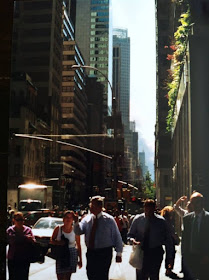 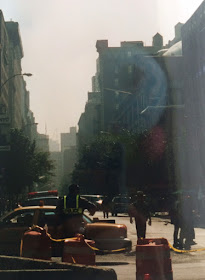 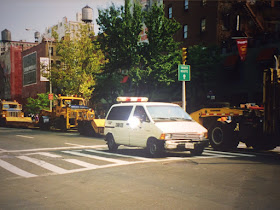 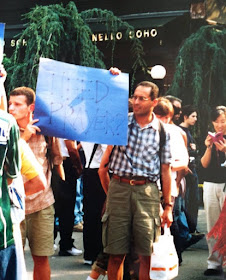 We walked through Central Park and saw a memorial with butcher paper set out for people to write notes on, lit candles and flowers. 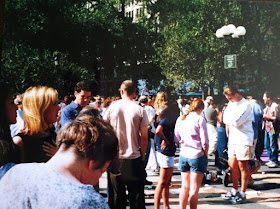 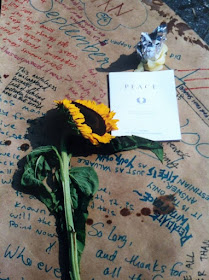 There were signs everywhere looking for lost loved ones, wondering if they had survived.  There were people standing outside hospitals with pictures looking for them. My mom reminded me that some of the waitstaff from the nearby restaurants came out offering sandwiches to those waiting by the hospital.


We had gone to the airport only to be turned away. They were not letting planes in or out. We talked to a guy who was renting a car and driving cross country to get home. We thought about doing the same, but the rental cars were gone.

My mom spent hours working on our flight itinerary, trying to figure out how to get home. We met beautiful people in the airport who were in the same situation. The strangers we met were friendly and hospitable.

We were all in this together.

In a time where our country is divided on so many issues, I can't help to think that we've already forgotten how to be united. It shouldn't take a tragic event to bring us together.

May we never forget. Let us remember those heroes who ran into burning buildings while everyone else was running out. May we honor those who serve and protect us, past and present.